By proteting the trees, we also protect the natural habitat, bird and plant life that surround them. We ensure we use organic fertilisers and pesticides to deter natural predators and not the ones that live in harmony with the tree.

A LIFE WITHOUT TREES…

The loss of rainforests globally is equal to “the size of New Zealand per year” or “two football pitches a minute….”

Deforestation is the process of changing land use from forests to a non-forest use. Western Europe has already lost over 99% of its primary forest. Today, deforestation programmes focus on the major rainforests of the tropics. Current tropical tree planting programmes are not keeping pace with this rate of deforestation. Countries in these areas such as Sri Lanka are often under-developed and striving for economic improvement.

Climate models have demonstrated a clear link between deforestation and climate change. Forests are the most efficient ecosystem on earth for sucking carbon from the atmosphere and storing it underground – where it is most wanted. Trees absorb carbon dioxide from the atmosphere for photosynthesis, and therefore help to regulate the natural greenhouse effect.

TREES AND OUR HEALTH

In various studies around the world scientists have proven that spending 20 minutes among trees or in nature every day significantly reduces the risk of cardiovascular and stress related diseases. Research has shown the rehabilitative effects of fresh air and the calming effect that living around trees has on individuals with both physical and psychological illnesses and ailments.

Many studies and literature reviews from countries such as Australia, Japan, the Netherlands, Norway, Sweden, the United Kingdom and the United States have outlined the contributions of trees, woodlands and green spaces to people’s overall health and well-being. The benefits have been categorized in a range of ways but primarily include physical, psychological and social well-being. Such studies have shown that benefits can be gained not only by being active in nature (e.g. walking or cycling), but also by being near it in the course of everyday activities. Studies have further demonstrated that even just viewing nature, for example looking at a tree from a window, can have significant benefits for human health and wellbeing.

DEFORESTATION EFFECTS ON THE ECOSYSTEM

Currently the world’s annual deforestation rate is estimated to be about 13.7 million hectares a year. About half of this amount gets reforested to some level; however, new growth forests can not support the same bio diversity or even function in the same way. They don’t provide benefits that the old growth forests do, being rich and dense ‘carbon absorbers’ for the world and reducing the impact of global warming and shifts in climatic patterns.

An increase in carbon emissions means that the protective ‘Ozone layer’ is being damaged, which further affects sensitive vegetation, ecosystems, and human health.

In addition to reduced tree growth and visible injury to plants, continued ozone exposure over time can lead, increased temperatures leading to climatic changes adverse impacts on ecosystems, including loss of species, diversity and changes to habitat quality water and nutrient cycles.

Deforestation is the single largest environmental issue in Sri Lanka. Teaming with life and vegetation, in the 1920s almost half of the island was covered by forest. Since the turn of the 20th Century, this had dropped to less than 30% with an annual deforestation rate of about 1.5%.

Main causes are; timber exploitation, encroachment of agriculture on forests, pollution of water bodies, poor natural resource management and population demands on land for infrastructure and irrigation networks. This all means that more and more forest areas and uninhabited lands are at risk of being cleared. As an island, the clearing of these areas also increases the risk of flooding, soil erosion and landslides and is also the number one threat to Sri Lanka’s biodiversity.

Sri Lanka is considered one of the 34 bio diversity ‘hot spots’ in the world. Hot Spots are defined as areas harbouring an exceptionally high concentration of endemic species. However, they are now under threat due to loss of forest habitats. For example, 33% of vertebrate species in Sri Lanka are considered ‘Extinct on Critically Endangered’ by the World Conservation Union. Of the threatened species, 62% are endemic to Sri Lanka. Of the total plant population, a study by the World Conservation Union showed that 7% are now ‘Extinct’ and 61% are ‘Threatened’. Of the threatened plants, 60% were classed as endemic to Sri Lanka. 37% of threatened plants were found to be ‘Critically Endangered’ and at ‘Risk of Extinction’ if habitat degradation is not reversed.

WHAT PLANTATION VILLA IS DOING

In an effort to reduce the risk of extinction of endangered plant and animal species, Plantation Villa is actively involved in the replanting and maintaining these endemic plant species. Working with expert botanists from the Royal Botanical Gardens in Kandy, Sri Lanka, we are tirelessly working towards the preservation and conservation of the plant and animal species on our own land; as well as sourcing, planting and restoring our own plantation and surrounding deforested lands to their former glory, ensuring the ecosystem is undisturbed and continues to flourish.

A number of plants which are considered ‘Extinct in the Wild’ are being grown in our Plantation along with other plants considered ‘Critically Endangered’. The Plantation gardens expand over 30 acres at present and includes a wide variety of flora and fauna and trees aging close to 100 years. Formally tapped rubber trees are not uprooted to allow for cross fertilisation and shade protection of smaller and new plants. Over 5000 Mahogany plants – a species now deemed ‘Critically Endangered’ have been planted and cared for through organic fertilisation. We are also campaigning with other organisations such as Friends Of the Earth to stop deforestation in neighbouring lands.

We take no income from the Plantation and currently maintenance of it is funded by donations from the owners and the hotel. This is not a sustainable approach for the program. Many of our hotel guests have participated in helping with growing of plants and funding the forestation initiative by adopting a tree an acre of land or one of our endangered species. We invite you to participate in this program. See below for details:

Adopt an endangered plant or one of our rubber, mahogany, cinnamon or black pepper trees to sustain and support the rich plant and wildlife.

ADOPT HALF AN ACRE

To provide care and maintenance for up to 20 trees, expanding the natural environment and reducing the rate of deforestation in Sri Lanka and the local area.

You can also give a one off contribution
We request a minimum £10 contribution to minimize transaction costs. 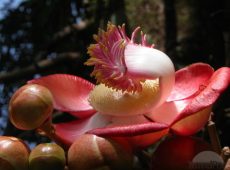 Just as important as part of an ecosystem as a bird or a tree, an omnivorous reptile, the monitor lizards maintain the balance between the flora and fauna that live off and within the plantation and it’s vegetation. Adopt ‘Reggie’ or one of his friends at the Plantation. 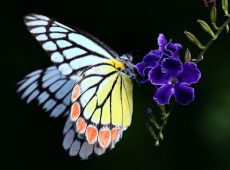 Once a common sight throughout Sri Lanka, butterflies are becoming less and less common with the diminishing number flowers and plants to sustain them in their natural environments. By adopting them, you will help us plant the trees that helps them lay eggs and grow.

ADOPT A KINGFISHER OR A NATIVE BIRD

Adopting an exotic bird is a wonderful way to preserve and protect the woodland and water sources where they feed and flourish.

We request a minimum £10 contribution to minimize transaction costs.

WHAT YOUR MONEY GOES TOWARD

Whether you adopt a tree or half an acre of land, your donation will be used to maintain the land and ensure a safe environment for all plant and animal life, protecting them from outsiders for commercial or local uses as well as preventing further deforestation and its adverse effects in our immediate and surrounding areas. Furthermore, the funds will be used for organic fertilising of plants and providing care from sun and pest attacks during young stages of growth. Your donations to adopt a monitor an animal or bird would go towards safe guarding their habit and ensuring a sufficient eco-system is in place for their future survival and growth.

You are welcome to come and see the trees, the plantation and enjoy the surroundings. We would be happy to see you.

WHAT DO YOU GET

After your first donation you will receive a certificate of adoption as well as a picture of the tree or adopted species and our Plantation Villa Newsletter with any progress or news to report. Updates will also be available on our website.

The certificate and information will be in electronic format, so we will not send a physical certificate to you. This is a decision made in keeping with our eco-friendly ethics and environmental  friendliness toward our beloved trees.

You are welcome to come and see the trees, the plantation and enjoy the surroundings. We would be happy to see you.

DONATIONS CAN BE MADE IN CASH IN RESORT OR VIA PAYPAL

To enquire, contact us through an email link to [email protected] with email Subject:  Adopt a Tree

Donations can be made to our UK bank account or through Papal. If you send us an email, we will reply with the details on how to proceed.